Moyamba District is in the Southern Province of Sierra Leone with a population of 260,910 as per 2004 census. Moyamba town is the largest in the District and therefore the headquarter of the District. The other major towns include Njala, Rotifunk and Shenge. The district is the largest in the Southern Province by geographical area, occupying total area of 6,902 km2 (2,665 sq mi) and comprise of fourteen chiefdoms.

Moyamba District borders the Atlantic Ocean in the west, Port Loko District and Tonkolili District to the north, Bo District to the east and Bonthe District to the south. The main economic activities include mining (rutile and bauxite), fishing, rice growing, ginger and oil palm plantations (agriculture).

In spite of this, Moyamba District is one of the most backward in today's Sierra Leone, with fewer presence of Non Governmental Organizations on the ground.

Mano town is the administrative seat of Dasse Chiefdom and hence the biggest town in the chiefdom. It has one mini hospital, five primary schools, two secondary schools, one central market, one police post, old railway station quarters, forest reserve, Taia river, small beaches, non-functional water works and dormant post office owing to the damage wreck on the facility by rebels during Sierra Leone's civil conflict. There is no electricity in Mano and no pure pipe borne water. The inhabitants fetch water from untreated wells. Mano township lack the middle man power development institutions like vocational training center(s) including adult literacy program. Farming or growing of rice and fishing are their main activities. Mano lacks other form of employment opportunities or small scale industrialized  schemes. .

The town holds RC Church, UMC Church, SLC Church and a number of Mosques for worship. Presently, there is no NGO presence in the Chiefdom and hence the reason for Comin-SL decision to move this in 2014 to fill the gap in the service of our people.  Henceforth, all projects and kingdom work will be directed to Mano in the Dasse Chiefdom. We feel this facts will interest you and would like to have it for your own perusal and file.

Thanks and may God bless you for your for your generous support. 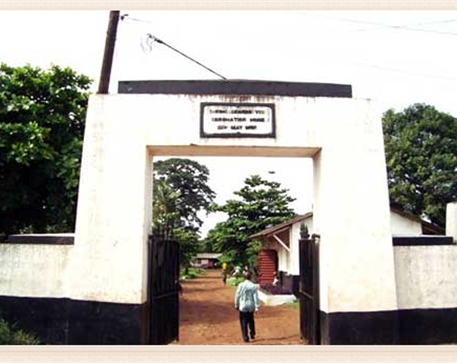 As per way forward in 2014 and beyond, both the Executive and the Board of the Christian Outreach Justice Mission - Sierra Leone (Comin-SL) have decided to concentrate its activities in the Dasse Chiefdom in Moyamba District, Southern Sierra Leone.

We shall be focusing our work on the rural communities in the the hinterlands. This is aimed at serving the real poor and suppressed communities whereas to  consolidate our programs and projects to enhance positive results to allow more partnerships and resources being secured which would pave way for replicating the programs into other places .

For that matter, a regional office shall as deemed appropriate be re-established in the Southern District Town of Bo, which will oversee the activities of the  organization in the other places while the Freetown office remains the catalyst.